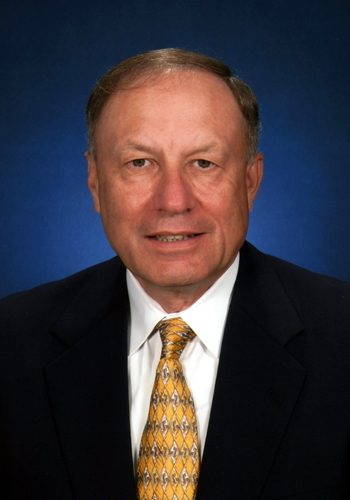 NBC - Obamacare Off to a Rocky Start

CBS - How Many Are Insured

CNN - Glitches Known Ahead of Time

FOX - Is a fix Logistically Possible?

Robert Laszewski is president of Health Policy and Strategy Associates, Inc. (HPSA), a policy and marketplace consulting firm specializing in assisting its clients through the significant health policy and market change afoot.

The majority of Mr. Laszewski’s time is spent being directly involved in the marketplace as it comes to grips with the healthcare cost and quality challenge.

HPSA has been involved in the development of organized delivery systems, joint ventures between insurance companies and providers, joint ventures between HMOs and insurance companies, the acquisition and divestiture of blocks of health insurance business, the creation of strategies for workers' compensation carriers to manage their costs in the changing health care delivery market, and the strategic planning of numerous clients as they come to grips with their response to policy and market driven change.

Mr. Laszewski is very active in the purchase and divestiture of healthcare and insurance businesses having been involved in a number of such transactions in recent years.

Mr. Laszewski has participated extensively in the nation's healthcare debate, especially on health insurance reform and the impact it will have on existing health insurance programs, the insurance industry, and the evolving role between payers and providers.

Bob Laszewski has written and spoken widely on the subject of healthcare reform and market change.  His media appearances include healthcare features on ABC, NBC, CNN, PBS, and NPR, as well as on The McLaughlin Group and McLaughlin’s “One on One.” Additionally, numerous articles about his ideas have appeared in the national and trade press and he has been regularly quoted in many newspapers including The Wall Street Journal and the Washington Post.

He has also participated globally having chaired two international meetings recently in Washington , DC on the issue of international prescription drug pricing and the use of medical technology in Europe compared to the U.S.

While at Liberty , he participated on a number of Health Insurance Association task forces and committees including: serving as chairman of the Provider Relations Committee, serving on the Board Task Force on Cost Containment and on the working group on the ethics of genetic testing and insurance. He was a founding board member of the bipartisan Alliance for Health Reform, which included Senators Danforth and Rockefeller as well as a member of the Board of Overseers of the C. Everett Koop Foundation at Dartmouth and the Dartmouth Medical School .

His opinions are regularly sought by groups such as the Health Insurance Association of America, The Global Medical Forum, American Academy of Orthopedic Surgeons, the American College of Physicians, the American Society of Internal Medicine, the Council for Health Information Management, and the International Foundation of Employee Benefit Plans (sponsors of the CEBS designation), as well as other trade associations, state policy makers and regulators, hospital administrators, and religious groups.  He has offered his perspective on healthcare reform in testimony before several committees of both the House and Senate of the U.S. Congress.

I have known no one with a better grasp of what’s going on in Washington than Bob Laszewski—and no one who is more fair, honest, and less partisan.
C. Everett Koop, M.D.

No one has a greater knowledge of the Washington health policy scene than Bob Laszewski—political, economic, social, and straight merit dimensions. Bob also has uncanny forecasting powers. And he calls the shots exactly as he sees them, unusual for Washington.
John McLaughlin, The McLaughlin Group

A wealth of knowledge, thought provoking and an engaging speaker. Mr. Laszewski was very professional and accommodating with his time. His attention to details and incorporation of his knowledge of our community into his presentation was appreciated.
Holland Hospital