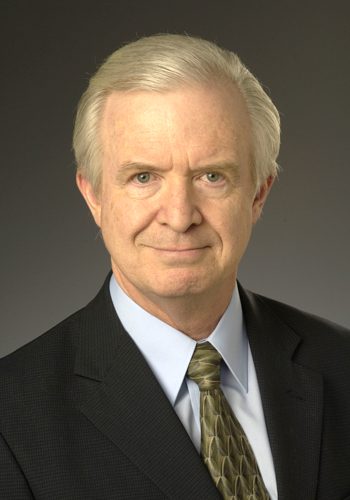 Why Hospitals Should Fly

Advances in healthcare rely on enthusiastic and dramatic staff improvements in the quest of Patient Safety, Culture Change, Quality Care Coordination, and seismic improvement in the Patient/Caregiver Experience. A member of the healthcare community for over two decades, and an analyst for ABC and Good Morning America since 1994, John Nance was one of the founding board members of the National Patient Safety Foundation. John is author of the healthcare best-seller Why Hospitals Should Fly, an ACHE Book of the Year.

John has been a dynamic and deeply dedicated member of the medical community for over two decades. A world-class speaker, consultant, and best-selling author, John brings a rich diversity of professional training and background to the quest of Patient Safety, Care Coordination, and seismic improvement in the Patient/Caregiver Experience.  His acclaimed, award-winning book, Why Hospitals Should Fly: The Ultimate Flight Plan to Patient Safety and Quality Care (Second River Healthcare Press), was the ACHE’s 2009 Book of the Year, and is widely considered to be a cornerstone of reinventing the cultural foundations of healthcare. His much anticipated sequel to Why Hospitals Should Fly was released in June 2012 and is entitled Charting the Course: Launching Patient-Centric Healthcare. This sequel is aimed squarely at ACOs, governance, financial survival, and the means of excelling as American healthcare transitions from the fee-for-service model to something entirely different.

As one of the nation’s most dynamic, relevant, yet entertaining and energizing professional speakers, John J. Nance’s messages to medical practitioners have reached new heights of relevance and importance as seen in his presentations to such pace-setting entities as the Institute for Healthcare Improvement and a who’s who of healthcare organizations.

John was one of the founding board members of the National Patient Safety Foundation and served on the board for 9 years, as well as serving as a member of the National Patient Safety Foundation’s Executive Committee.  A native Texan from Dallas (and a 40-year resident of the Seattle/Puget Sound area), he earned his Bachelor’s Degree from SMU (Southern Methodist University) and his Juris Doctor Degree from SMU’s Dedman School of Law before admission to the Texas bar. Installed as a Distinguished Alumni of Southern Methodist University in 2002, and a Distinguished Alumni of the Law School in 2008, he is also a decorated Air Force officer-pilot and a veteran of Vietnam and Operations Desert Storm/Desert Shield. A Lt. Colonel in the USAF Reserve who is well-known for his pioneering involvement in Air Force human factors  and flight safety education. As a professional pilot, John has piloted a wide variety of jet aircraft, including most of Boeing’s line, as well as the Air Force C-141, and has logged over 13,600 hours of flight time in his commercial airline (Braniff International Airways and Alaska Airlines ) and Air Force careers.

More important to his leading-edge role in healthcare, John Nance was one of the pioneers of pivotal safety revolution in professional communication, teamwork, and leadership known in aviation as CRM (crew resource management).  His internationally-published 1986 book about safety in human systems, Blind Trust, is widely credited with helping to spark not only the universal acceptance of CRM principles in aviation, but the earliest infusion of culture-changing lessons derived from aviation into medical practice.  Blind Trust was pivotal in illuminating serious public issues in aviation safety for the American public, and Why Hospitals Should Fly follows in that tradition as a major wakeup call, and as a functional model of what excellence in hospital care should look like.

With most of his speaking schedule dedicated to the urgency of improving healthcare from patient safety through practice satisfaction, John has also emerged as one of the leading thinkers on matters of major change to America's healthcare system.

A vocal advocate of completely removing the tort system from involvement in medical accidents and mistakes, he convened and hosted an unprecedented conference on the subject with the sponsorship of AHRQ, a conference of doctors and lawyers that spawned several very surprising and important realizations.

John’s unique ability to reach every member of the healthcare community comes from his unprecedented background mix of law, safety, aviation, and even broadcasting. His powerful messages resonate deeply with physicians and caregivers about leadership and the human propensity for mistakes even among the most tenured professionals. His extensive experience working with hospitals and clinics nationwide has been documented by continuous client praise and the highest effectiveness ratings.


For the past 28 years, John has been a trusted and internationally recognized broadcast analyst and advocate for both medical/patient safety and aviation safety with broadcasting company ABC. Before joining ABC World News and Good Morning America in 1994, he had logged countless appearances on national shows such as Oprah, the PBS News Hour, Today, CNN, as well as most Canadian and English-speaking networks worldwide. In addition, his editorials have been published in newspapers nationwide, including the Los Angeles Times and USA Today. He has been listed for more than a decade in Who’s Who in America. John Nance is also the internationally-known author of 19 major books, (6 non-fiction, 13 fiction), his latest fiction release being ORBIT (Simon and Schuster) which is in development as a major motion picture.  Two of his other books, Pandora’s Clock and Medusa’s Child, were both made into major, successful two-part miniseries for NBC and ABC respectively, and still air periodically around the world.

John is very personable and relates well to the audience.  Love the presentation!
Vizient

On behalf of HIMSS, I want to express out deep apprecation for the "Views from the Top" presentation you provided to the attendees at our Annual Conference and Exhibition in Orlando in February. Your discussion of Patient Safety Improvement drew a particularly high evaluation score with over 90% of the attendees rating the session as good to excellent! For that, and your educational contribution to the betterment of healthcare through information technology, we are particularly grateful to you.
HIMSS - VP of Education

John Nance was a very articulate and passionate speaker. We liked the logic and humor of his presentation.
Siemens Healthcare

Outstanding speaker, best I’ve ever heard. His message was in perfect alignment with the focus of our work. Held my attention. Could have listened to him all day. Would like to bring him back for focused time with our physicians and nurses.
Unity Health System

Everyone really enjoyed how he related everything from aviation and a high reliability organization to the hospital setting. He also had an ease about him when presenting.
Baton Rough General Health System

Extremely informative, information was timely. Mr. Nance was easy to listen to, good contact/connection with the audience, engaging and provocative presentation.
ASPR

Everyone loved his presentation and we were very pleased with him. I will definitely recommend Mr. Nance as a speaker for future needs. He was funny, moving, and very educational all at the same time!
Carl R. Darnall Army Medical Center