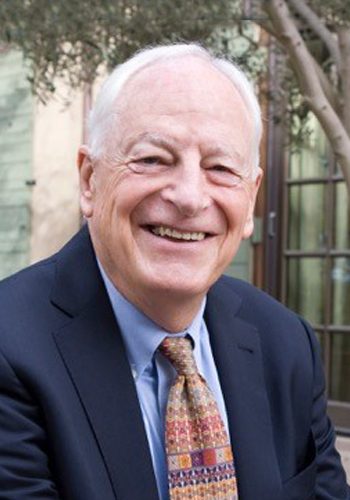 Dr. Lawrence was the CEO and Chairman of Kaiser Foundation Health Plan & Hospitals for 10 years. His vast experience in leading a hospital system as well as being a board member of several notable institutions around the globe enables him to engage and assist select healthcare systems that pursue advanced integration strategies.

Dr. Lawrence served as CEO and Chairman of Kaiser Foundation Health Plan and Hospitals until his retirement in 2002. He was appointed CEO in 1991 and Chairman the next year. He currently pursues interests in new business development, teaching, public policy, and writing. He is a member of the boards of McKesson Corporation, Proteus Digital Health, CellWorks and Aditazz. He is a member of the Health Advisory Boards of the RAND Corporation; an advisor to the CEO’s of SomaLogic, Inc., MedExpert, Inc., and TangramCare; associated with Artiman Ventures, and teaches with the Estes Park Institute. He consults with selected health care systems that pursue advanced integration strategies.

Prior to joining Kaiser Permanente in 1981, Dr. Lawrence worked in Public Health and Human Services in Multnomah County, OR; on the faculty of the University of Washington School of Public Health and Community Medicine and the School of Medicine; as an advisor to the Ministry of Health of Chile; and as a Peace Corps Physician.

Dr. Lawrence is a founding board member of the Lucian Leape Institute of the National Patient Safety Foundation and a Distinguished Advisor to the NPSF. He is a member of the Institute of Medicine and the AOA physician honor society. He is the author of From Chaos to Care: The Promise of Team-Based Medicine (Perseus, 2002) and Best Care, Best Future: A Healthcare Leadership Guide (Second River Healthcare 2014) the ACHE 2015 James A. Hamilton Book of the Year.

He is married to the former Stephanie Ann Poche. They have four children and seven grandchildren, and divide their time between California and Oregon.