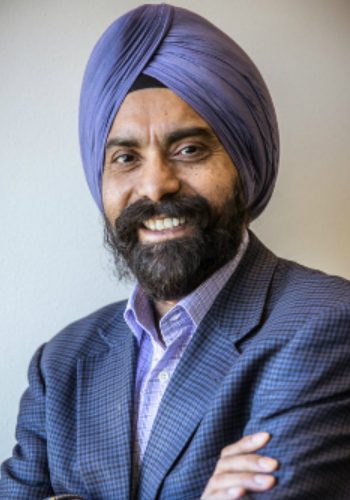 Dr. Ajit Singh spent nearly twenty years at Siemens Healthcare in various CEO roles based in the US and Germany. Between 1988 and 1995, he concurrently served on the faculty at Princeton University. He is a consulting professor in the School of Medicine at Stanford University and currently managing director and general partner at Artiman Ventures, based in Palo Alto, CA, where he focuses on building startups in Clinical Diagnostics, Digital Health, Artificial Intelligence in Healthcare, etc. He also serves on the Board of Trustees of American Association for Cancer Research (AACR) Foundation. Dr. Singh explores the Innovation in Healthcare and where that can lead us in the future.

Dr. Ajit Singh is Managing Director and General Partner at Artiman Ventures, based in Palo Alto, CA and focuses on early-stage Technology and Life Science investments. On behalf of Artiman, he serves on the Board of Directors of CORE Diagnostics, CardioDx, Aditazz, Click Diagnostics, and OncoStem Diagnostics.

Dr. Singh is also a Consulting Professor in the School of Medicine at Stanford University.

He serves on the Cadila Pharmaceuticals, and as an Advisor to the Tata Trusts healthcare programs. He also serves on the Board of Directors of Sophie Biosciences – an early stage company focused on molecular imaging, founded by UCLA and CalTech.

Prior to joining Artiman, Ajit was the President and CEO of BioImagene, a Digital Pathology company specializing in Cancer Diagnostics, based in Sunnyvale, CA. BioImagene was acquired by Roche in September 2010. Before BioImagene, Ajit spent nearly twenty years at Siemens in various roles, most recently as the Chief Executive Officer of the Digital Radiology and Medical Informatics business of Siemens Healthcare, based in Germany. From 2001 to 2006, Ajit was the President and CEO of the Oncology Care Systems Group of Siemens, with global headquarters in Concord, California. Between 1996 and 2001, Ajit held the positions of Group Vice President of Siemens e-Health, and Vice President of Siemens Health Services based in Princeton, NJ, where he led the company's Healthcare IT business and Consulting Practice. Before transitioning to these business responsibilities, Ajit spent several years in R&D and academia. From 1989 to 1995, he was at Siemens Corporate Research in Princeton, responsible for research in the areas of artificial intelligence, robotics, computer vision, and image analysis. During this time, he concurrently served on the faculty at Princeton University. While at Siemens Healthcare Imaging, they grew from #3 in world market position to #1; from 18% market share to 40%. Between 1988 and 1995, he concurrently served on the faculty at Princeton University.

Ajit has a Ph.D. in Computer Science from Columbia University, a Master’s in Computer Engineering from Syracuse University and a bachelor’s degree in Electrical Engineering from Banaras Hindu University, India. He has published two books and numerous refereed articles, and holds six patents. He is a frequently sought after speaker in the Healthcare, Technology, and Entrepreneurship forums.